Yazd! The city of Qantas, wind-towers, and mud-brick houses.

The historic city of Yazd is located in central Iran, Desert area, between Dasht-e Kavir and Dasht-e Lut. Hence, its weather is quite cold in winter and very hot in summer. It was listed as the UNESCO World Heritage site in 2017, due to its special architecture and valuable historical monuments. Yazd is the first clay city and the second historical city in the world. 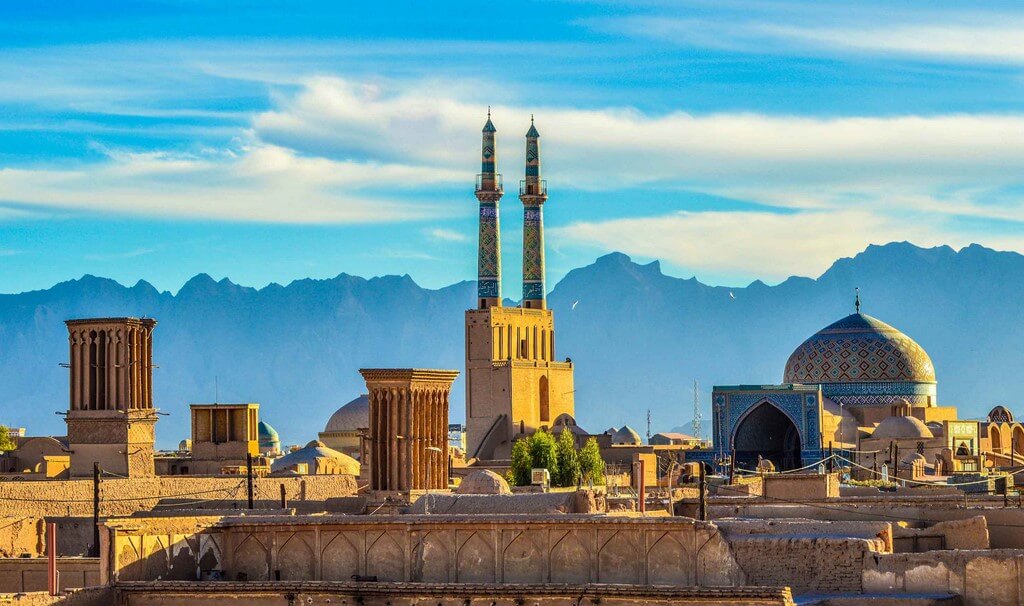 People know Yazd as the city of  tall wind-towers (Badgirs), mud-brick houses, and atmospheric alleyways. You can buy souvenirs like Termeh (traditional brocade) and various sweets like Pashmak, Baghlava and Ghotab.

Walking through the alleys of Yazd and watching the sunset and the city’s whole view from the rooftop of the houses are unique experiences that you may not have nowhere else. So, most travelers who have visited Iran believe you should not miss this city in your trip.

One of the brilliant heritage of Iranian art and Islamic architecture is Jameh mosque of Yazd. Originally, it dates back to the Sassanid Era. But, it has experienced many changes during different periods. The surprising features of the mosque are the astonishing Ilkhani dome, two 48m-high minarets, tiled entrance portal related to Taymoorian era, and inscriptions of the 15th century. 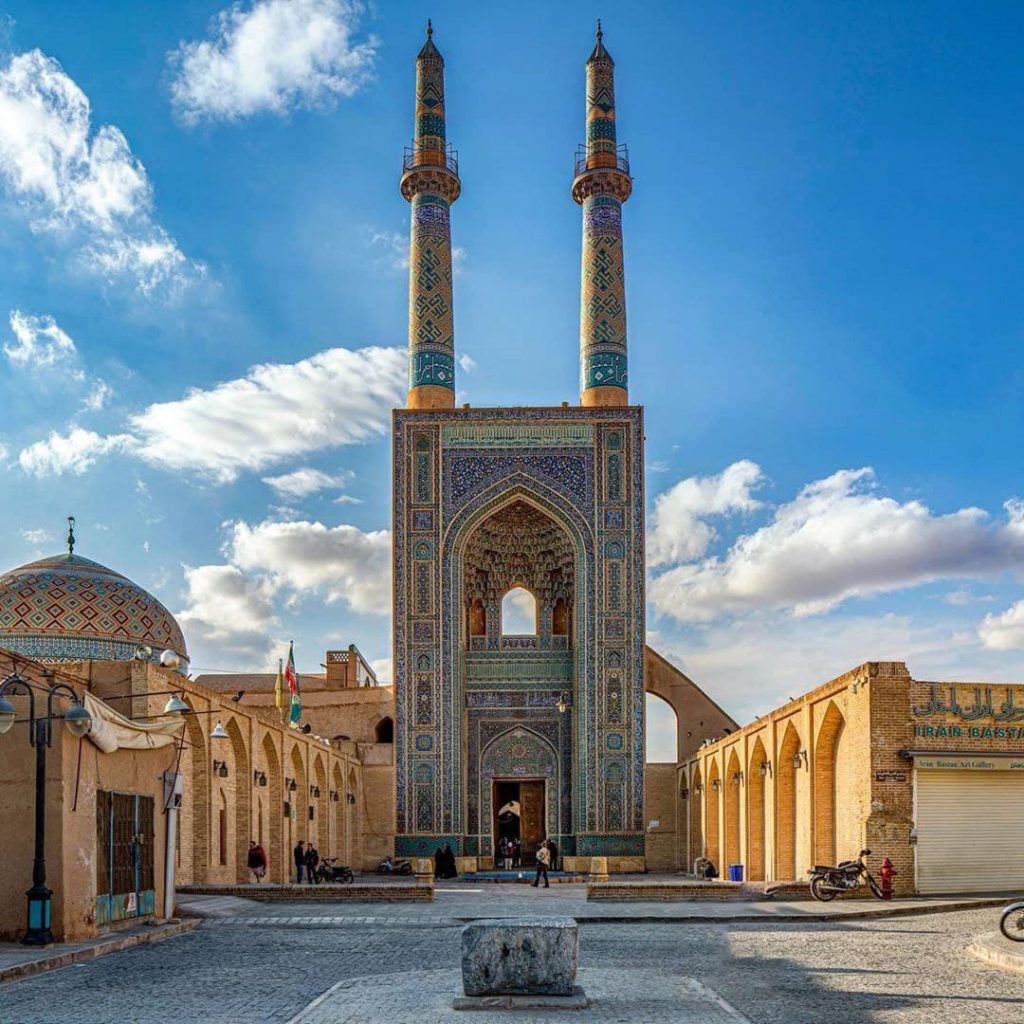 Amir Chakhmaq complex is one of the most dazzling attractions of Yazd and the symbol of the city. The Timurid ruler of Yazd has ordered to build a complete complex. This ancient complex includes several impressive structures such as the square, mosque, bazaar, caravanserai, Tekyeh and water storage. The government has registered this complex as a National Heritage Site.

The Ethnographic Museum of Yazd was previously a prison! Alexander’s prison or Ziaiyeh School is an ancient domed structure that has a mysterious history. In fact, there are different opinions about the original purpose of the building. The building contains a deep, circular, brick-lined pit almost 10 meters in diameter resembling an ancient dungeon. Moreover, you’ll see an amazing domed tower with 18m tall. 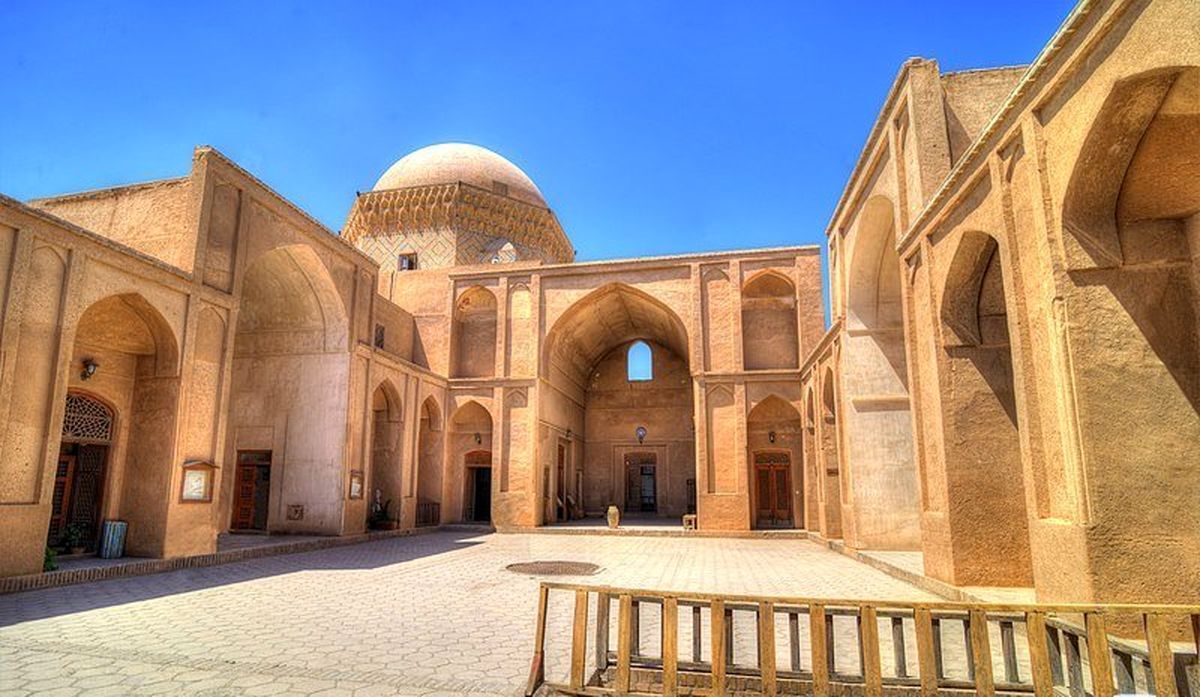 Let’s get familiar with the sacred Zoroastrian building of Yazd : Fire Temple or “Atash Bahram”. This temple is located in a lush garden of Yazd. It is famous for its holy flame which has been burning since 1500 years ago. The other prominent feature of this temple is the presence of Farvahar symbol and Zoroaster slogan above the entrance. 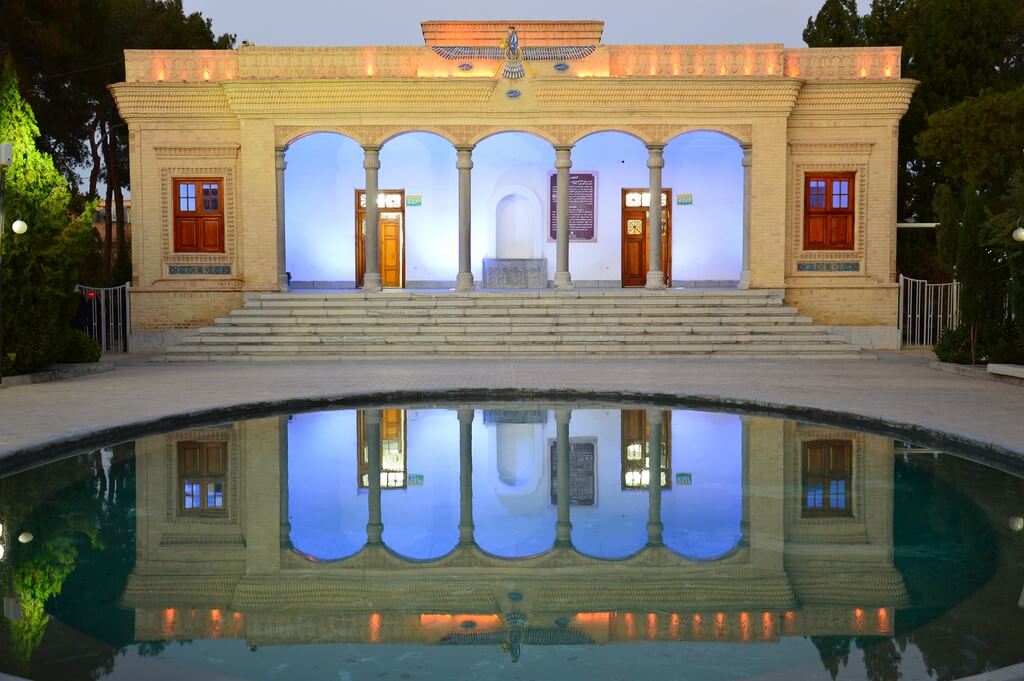 What did the Zoroastrians do with the death bodies? It’s surprising to know that they took the death body of people to the top of the towers and then, the birds and insects ate the body. These mysterious tower are Towers of Silence.The internal structure of the tower is a flat and circular area that is separated into three parts for women, men and children’s bodies. This attraction is  situated 15 km south of Yazd city. 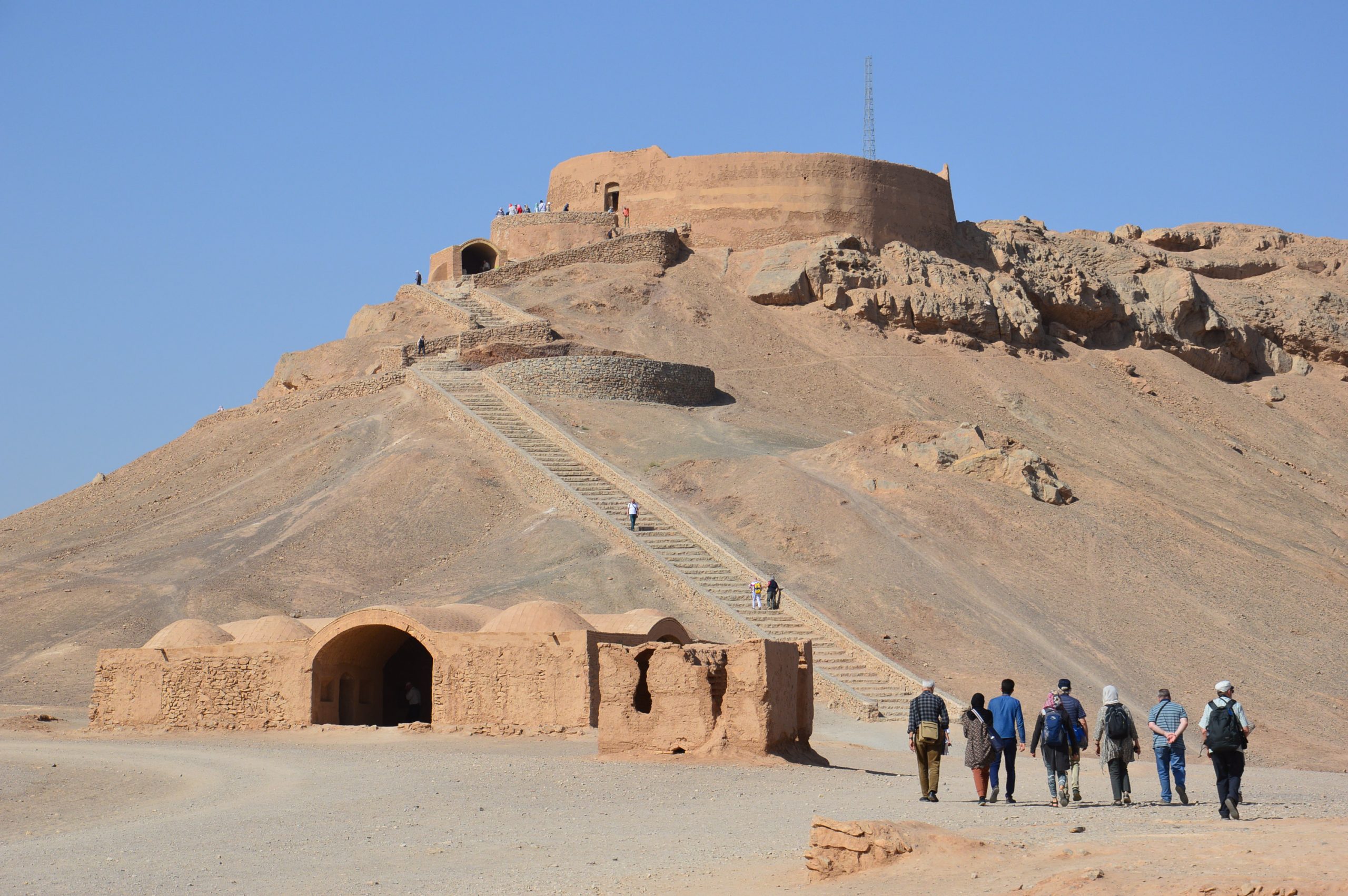 The UNESCO organization has registered nine beautiful garden as the “Persian Gardens”. Certainly, you’ll find one of them in Yazd.  Dolat Abad garden is a fabulous historical garden. This Persian garden is famous for its vestibule mansion with the stained-glass windows, and the tallest Iranian wind-tower with 33m height. Mohammad Taghi Khan Bafghi, the ruler of Yazd, in the late Afsharid period has ordered to build this garden. 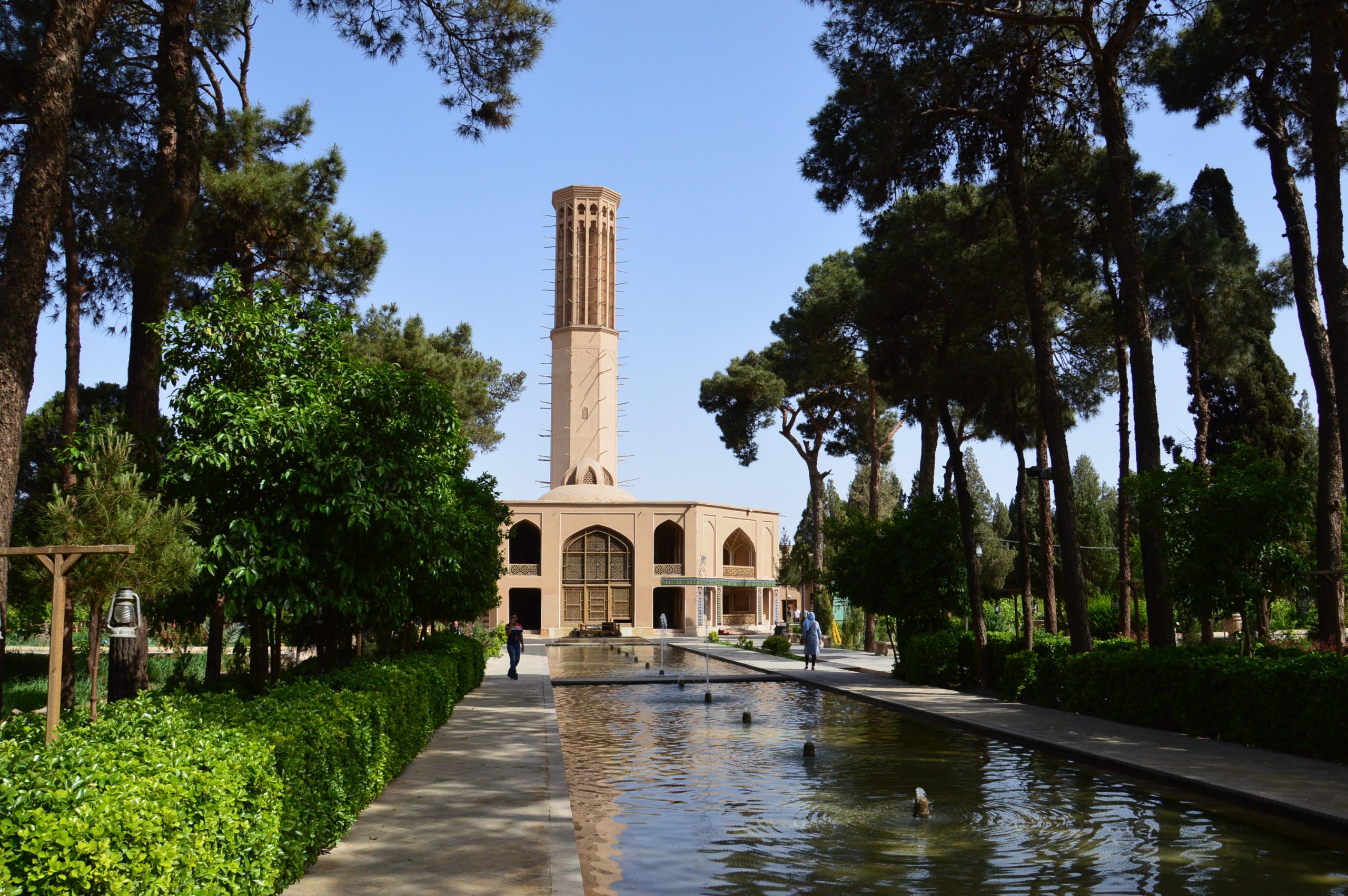 Previously the travelers who passed through the roads of Yazd province, rest in Shah Abbasi Caravanserai. It is one of the important roadside lodging houses of the Safavid era that is located in Meybod.

The stunning and well-renovated architecture of Shah Abbasi Caravanserai is unique. For instance, it includes Ab-Anbar (water reservoir), Chapar Khaneh (courier-house), Ice House, and 24 chambers. These days, they are the handicraft workshops. 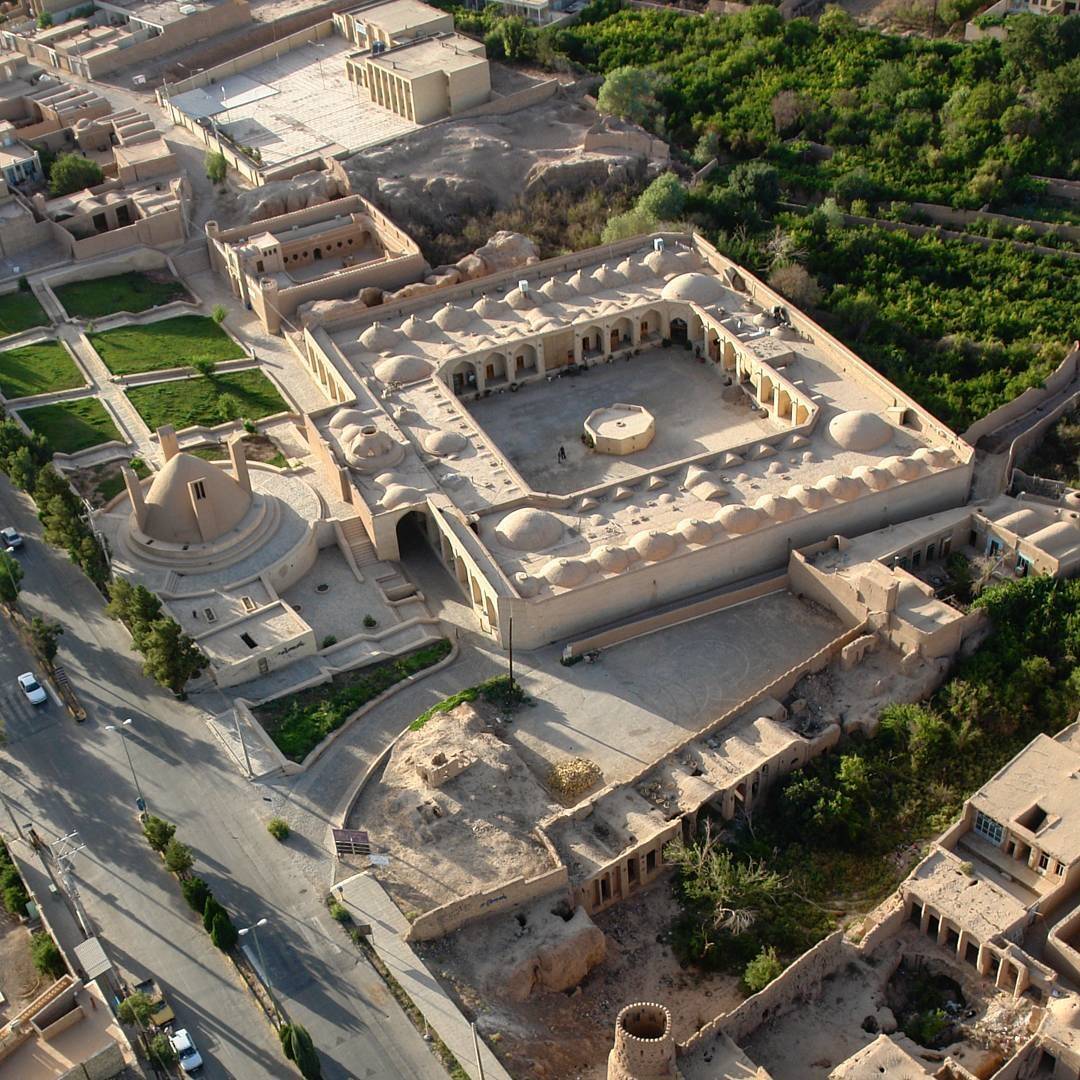 Chapar Khaneh is a Persian courier-house in Meybod, Yazd, next to Shah Abbasi Caravanserai. It belongs to the Qajar era and was built to protect and exchange letters and government documents. It is a mud-brick structure that has a room for the courier chief, and rooms to house couriers and guards, and stables. 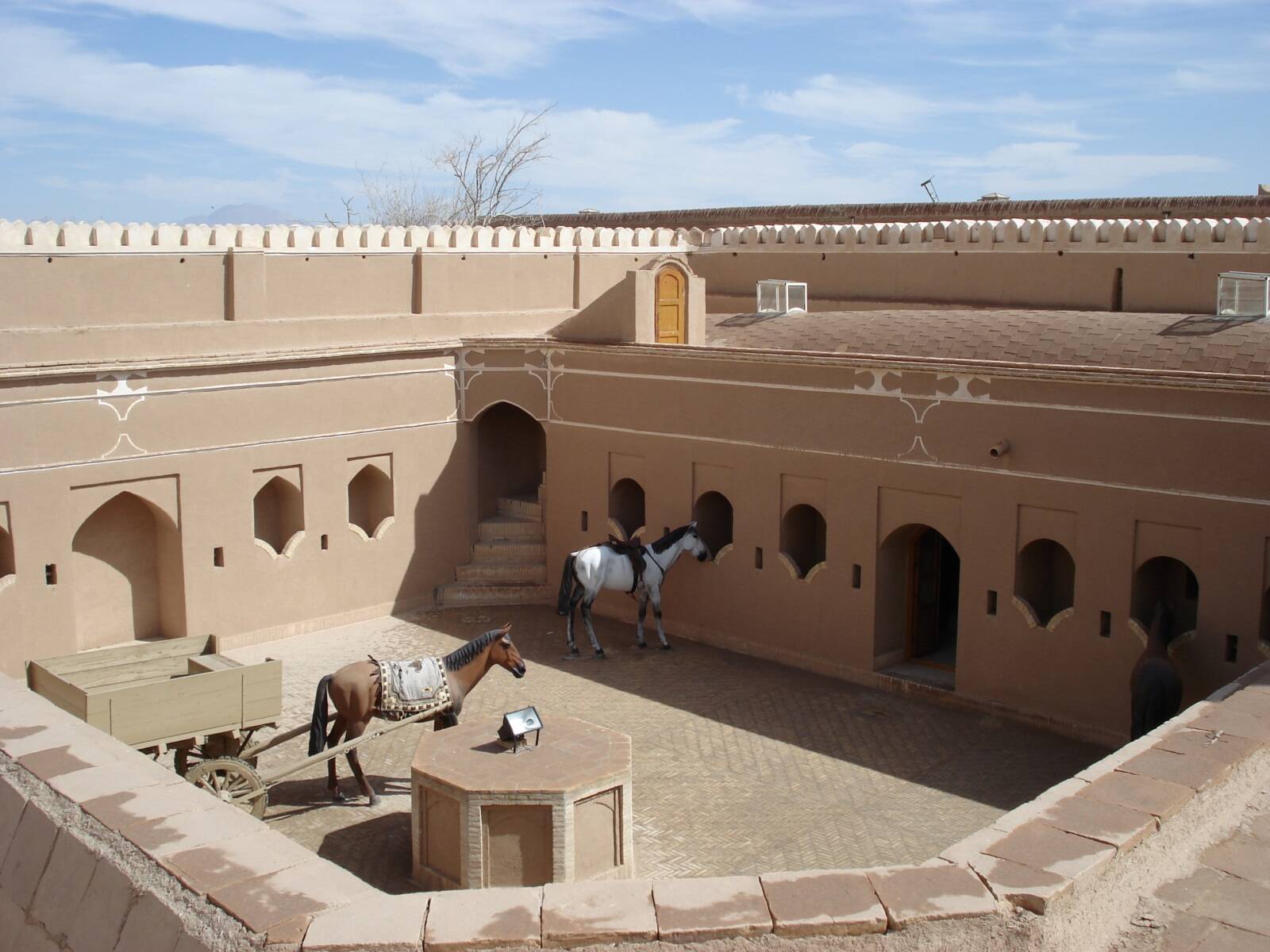 Narin Castle is one of the most important pre-Islamic historical monuments. you can find the castle on top of a hill overlooking the beautiful city of Meybod in Yazd province. This mud-brick fort was a strong and indestructible place against enemies and aliens. Some experts believe that this huge historic mansion was built at the time of Prophet Solomon. 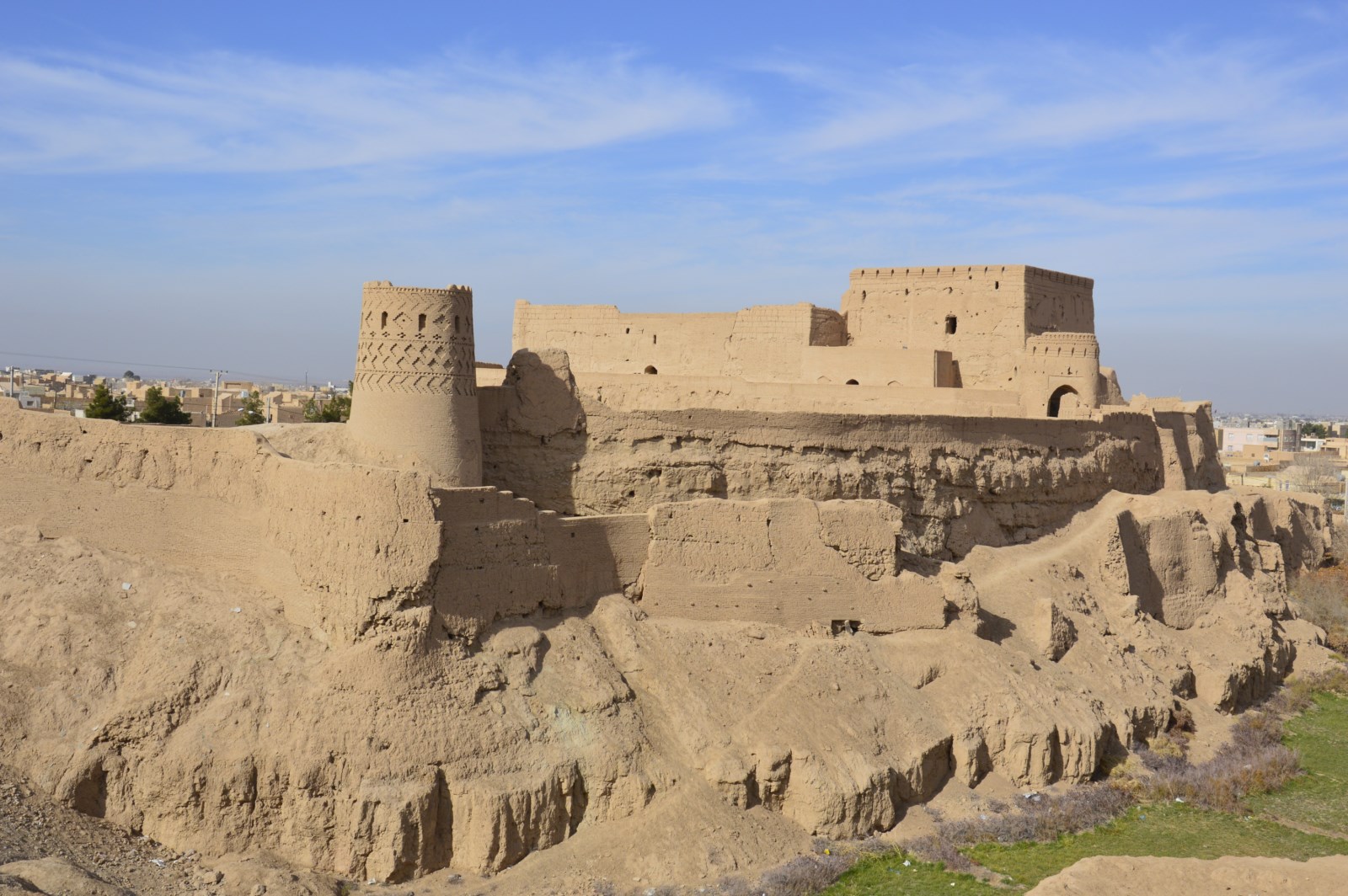 Pigeon Tower or “kabutar khane” is located in the southeast of Meybod, Yazd. The usage of this tower was providing a safe home for pigeons. Another purpose of building this tower was collecting the birds’ droppings, since they are very rich and effective fertilizer for growing plants and crops.

The Meybod pigeon tower dates back to the Qajar era and seems really attractive and strange to the modern world. This building is 8 meters high and can include 4,000 nests for migratory pigeons. 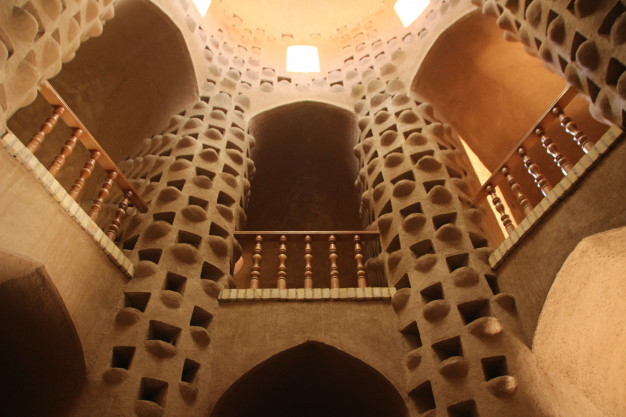 Chak Chak shrine or “Pir-e Sabz” is one of the sacred Zoroastrian religious sites in Iran. It is located in the heart of a mountain, on Tabas Road, 48 km from Yazd. Therefore, the followers of the ancient Iranian religion have reserved Chak Chak due to its spiritual values. The entrance of the shrine is like a cave crater and the interior section has fantastic paintings. 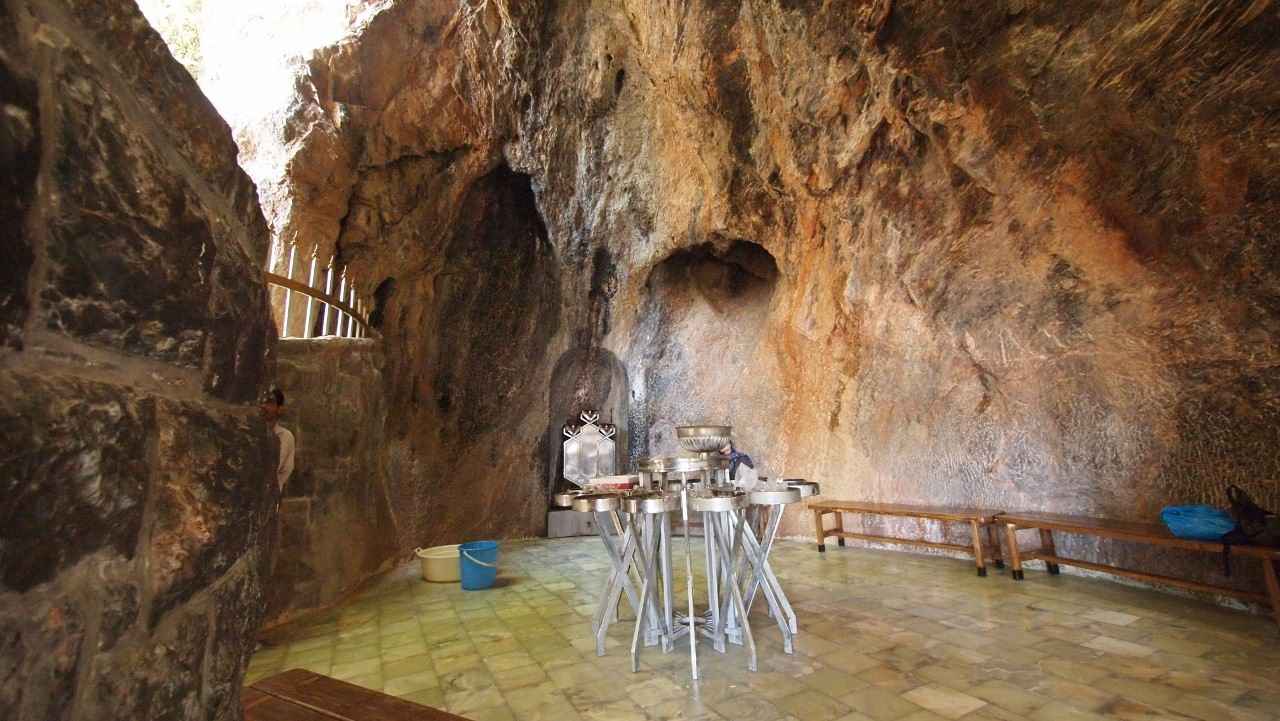