Geopark literally means geological park and semantically is a vast area that its boundaries are clearly specified and surrounds several remarkable geological heritages. This area should be able to play an important role in the economic development of the local communities. In addition to geological phenomena, a geological park may also contain historical, ecological, cultural and natural heritage. 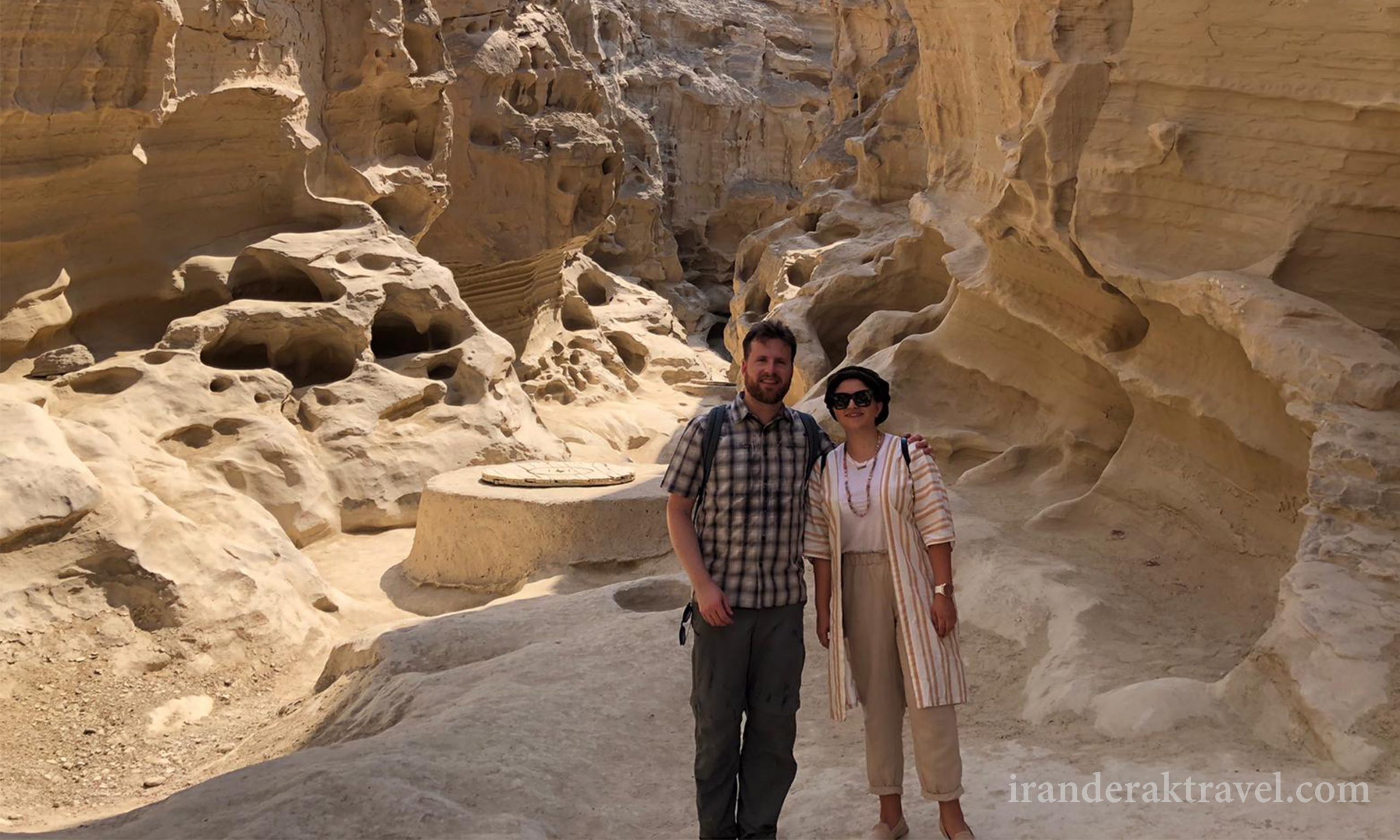 The UNESCO and the top state authorities manage geoparks . Created for a sustainable development. So under supervision of UNESCO, Geoparks become efficient centers to teach environment, research and internship in different fields of geology. 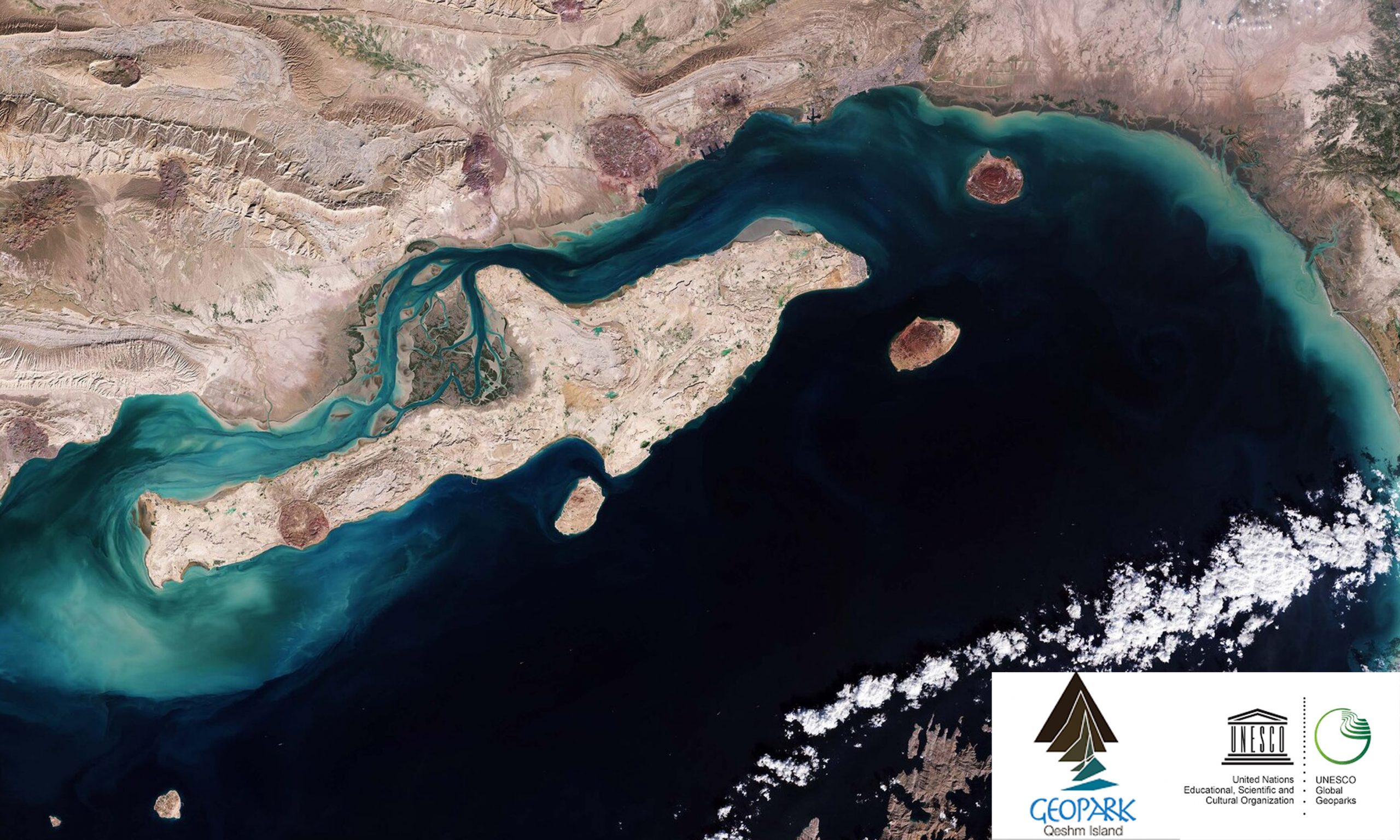 Where is Qeshm Island?

Qeshm which is located in south of Iran next to Hormuz Strait, is the biggest island in Persian Gulf, five times the size of Singapore that shows the rich Persian Culture, with archeological remains from ancient civilizations and outstanding natural features that form an excellent basis for eco and geo-tourism. This island is full of astonishing eroded landscapes of Miocene to Holocene sediments. The central north of the island is occupied by the protected Hara marine mangrove forest, a UNESCO Biosphere Reserve.
This is the largest concentration of mangrove forest in the Persian Gulf and Sea of Oman. Surrounded by blue subtropical seas, the island is an attractive mix of wind and flood- eroded mountains, springs, sea forests, reefs and wildlife. Adventure might be wandering with camel herds, chasing a desert fox away from a laying turtle and also if bird spotting is your delight, try Qeshm Island in winter. 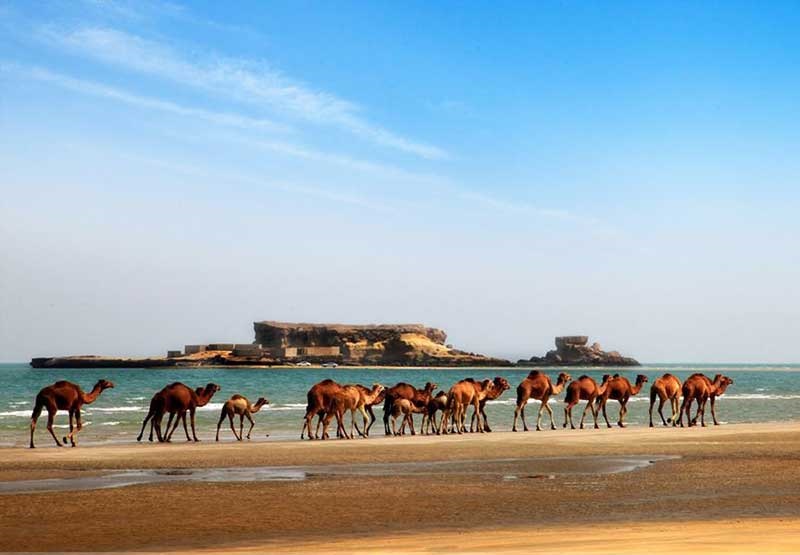 In fact, Qeshm Geopark is the only geopark in the Middle-East. The global network of geoparks has registered it in 2006. Currently, about 17 countries have registered geoparks and due to Qeshm geopark, Iran is also among these 17 countries. It is crystal clear, Qeshm geopark has higher importance due to its strategic location in Persian Gulf.

On the other hand, Qeshm geopark has got a proper positiondue to its variety of geological phenomena and variety of its sites. It is also located between eastern Asian and European Geoparks.

Qeshm geopark has a better position in comparison with other geoparks. Of course this variety is not limited to geological phenomena, also there are other varieties in ecology, archeology, environment, wild nature and etc. Another major feature of Qeshm geopark is its adjacency to Hara jungles which has added its nicety. 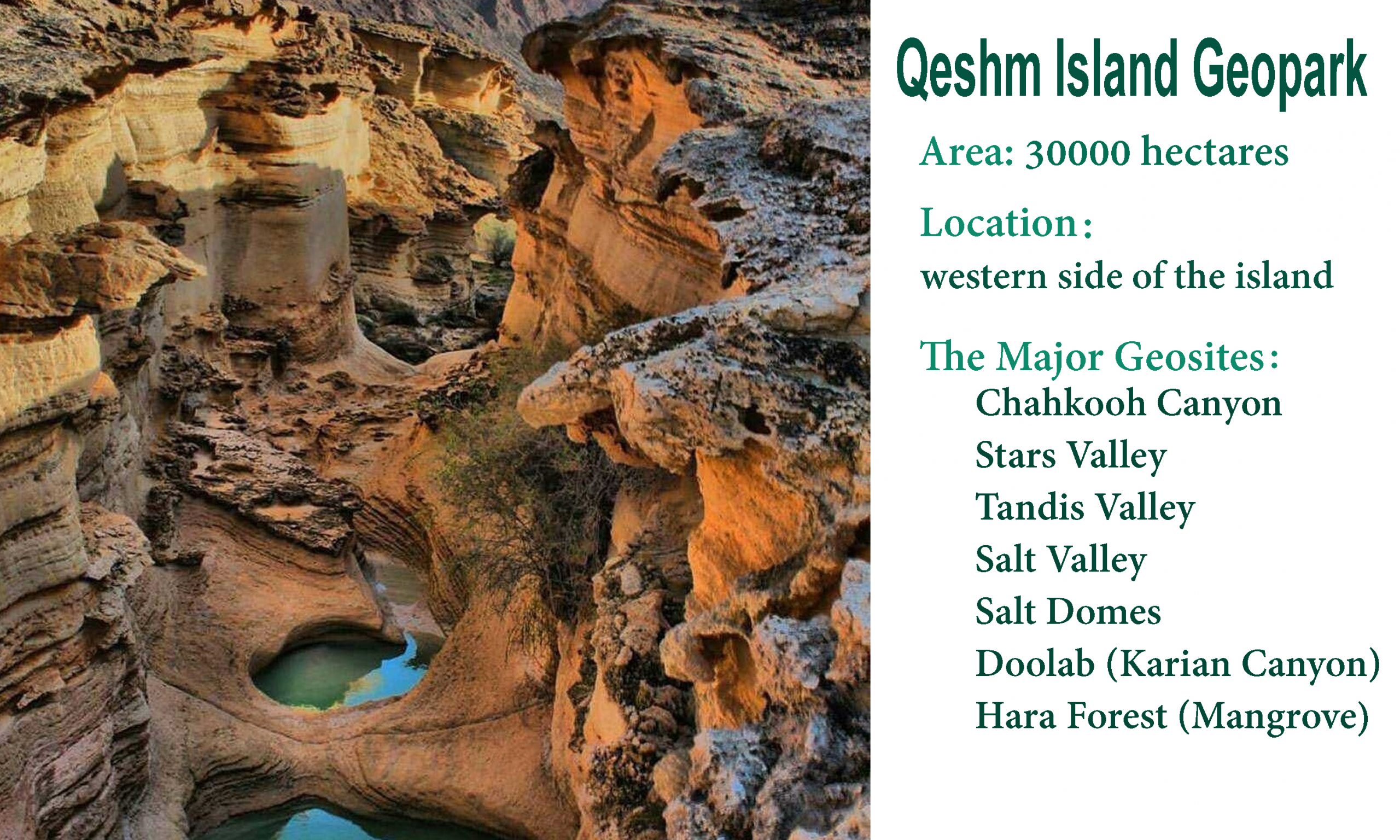 Considering the variety of geological phenomena in this geopark, Qeshm Island can become a center of research, study, accomplishment of thesis on sediments, geomorphology, fossils, salt-dome and dia-prism. Also, considering the definition of Geopark, phenomena like vegetation and wild nature are components of the park. Existence of Hara jungles, on the eastern side of the geopark is a contributing factor to the geopark and this rich ecosystem has a long way to be studied and researched. One more thing is the geoparks’ wild nature which is also of high importance. 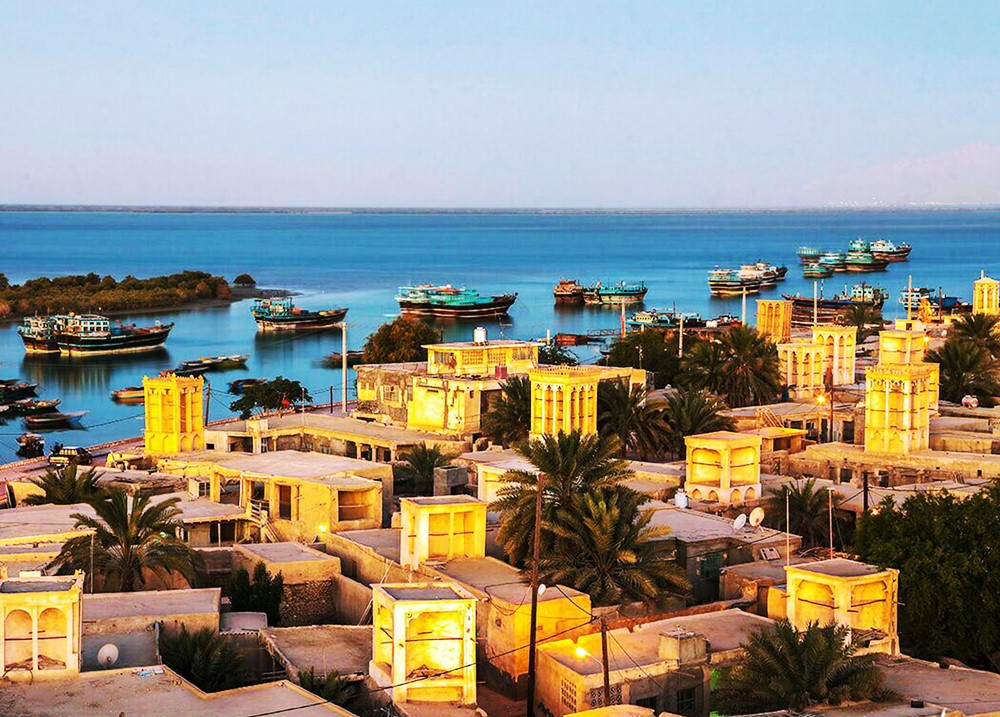 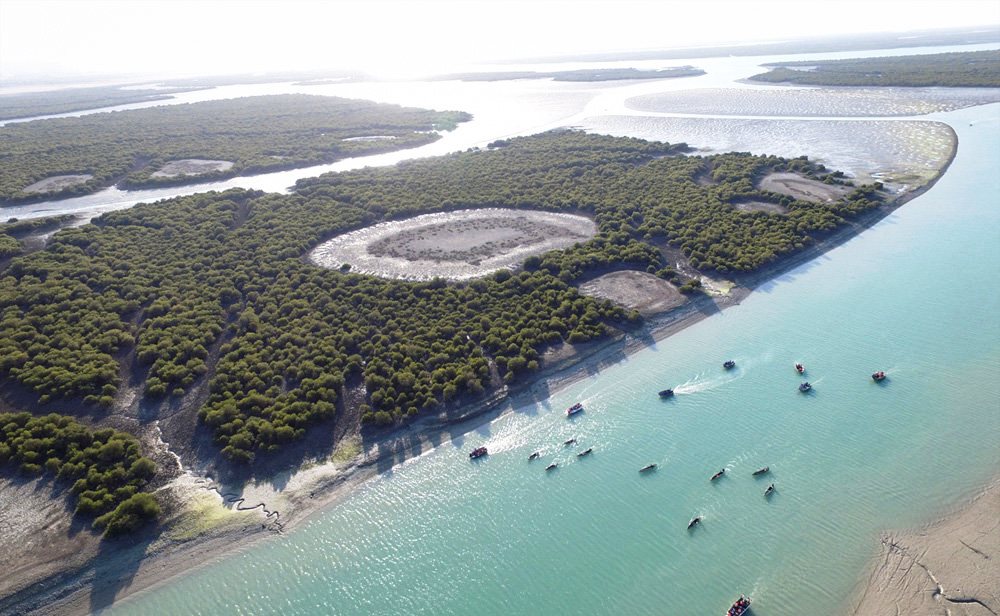 Some of the famous Geosites in Qeshm Geopark

It is located 85 km away from Qeshm city and on the south eastern side of Eastern Chaho village. This channel formed in a grit layer. As a result of the Maren layers, Cilt, Lime and their dissolute erosion have formed nice cavities and attractive cracks. This canyon is in fact made up of two vertical channels. Since water flows over the bottom of this canyon after each raining, local people have dug wells there to use this water, and therefore it is named Chah kooh in Persian which means wells in the mountain. 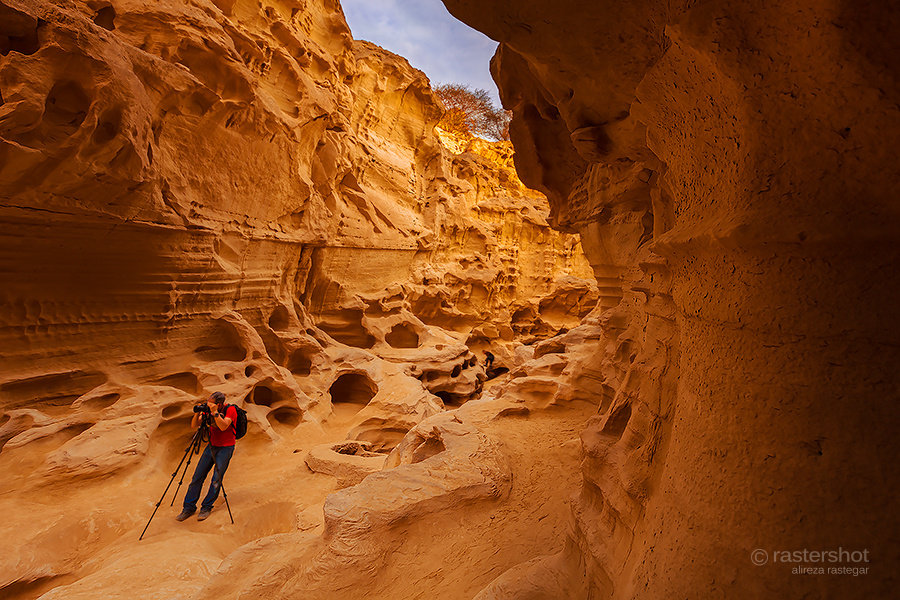 Namakdan site is another tourist-scientific appeal of Qeshm geopark. It is located near Kani village, in a 100 km distance from Qeshm city. In this region, salt dome has formed due to dia-prism phenomenon. Moreover, the longest salty pothole in the world is located in this dome. Also ,site springs and white surface of the valleys and lands beside this dome has created a dreamlike view at this region. In this area, you will see various sedimentary, transformational and ingenious stones. 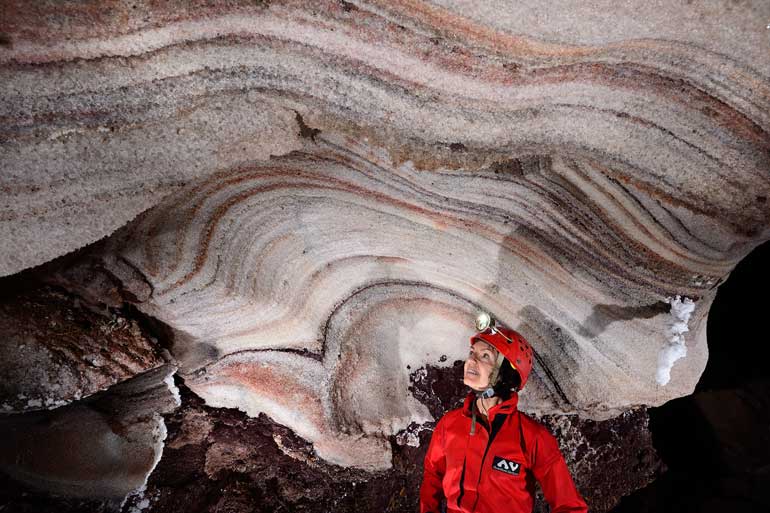 This valley is located in an area, 15km away from Qeshm city, adjacent to Berkeh Khalaf village. The UNESCO has affirmed it as one of the main sites of the geopark. Star valley is made up of soft Maren sediment layers on top of which there is a Lime Grit layer. It is the best site to study the sediment layers, erosion mechanism and weathering

This valley is located in a 75 km distance of south eastern Tabl village, Qeshm Island. It is another site of the geopark, the surface of which is covered by muddy cracks. Muddy crack is a sediment structure which is similar to Star valley. However, it is wider and the phenomena congestion is lower but more frequent. On this stony valley, the erosion have scraped the figures. It creates a very beautiful view in the region. 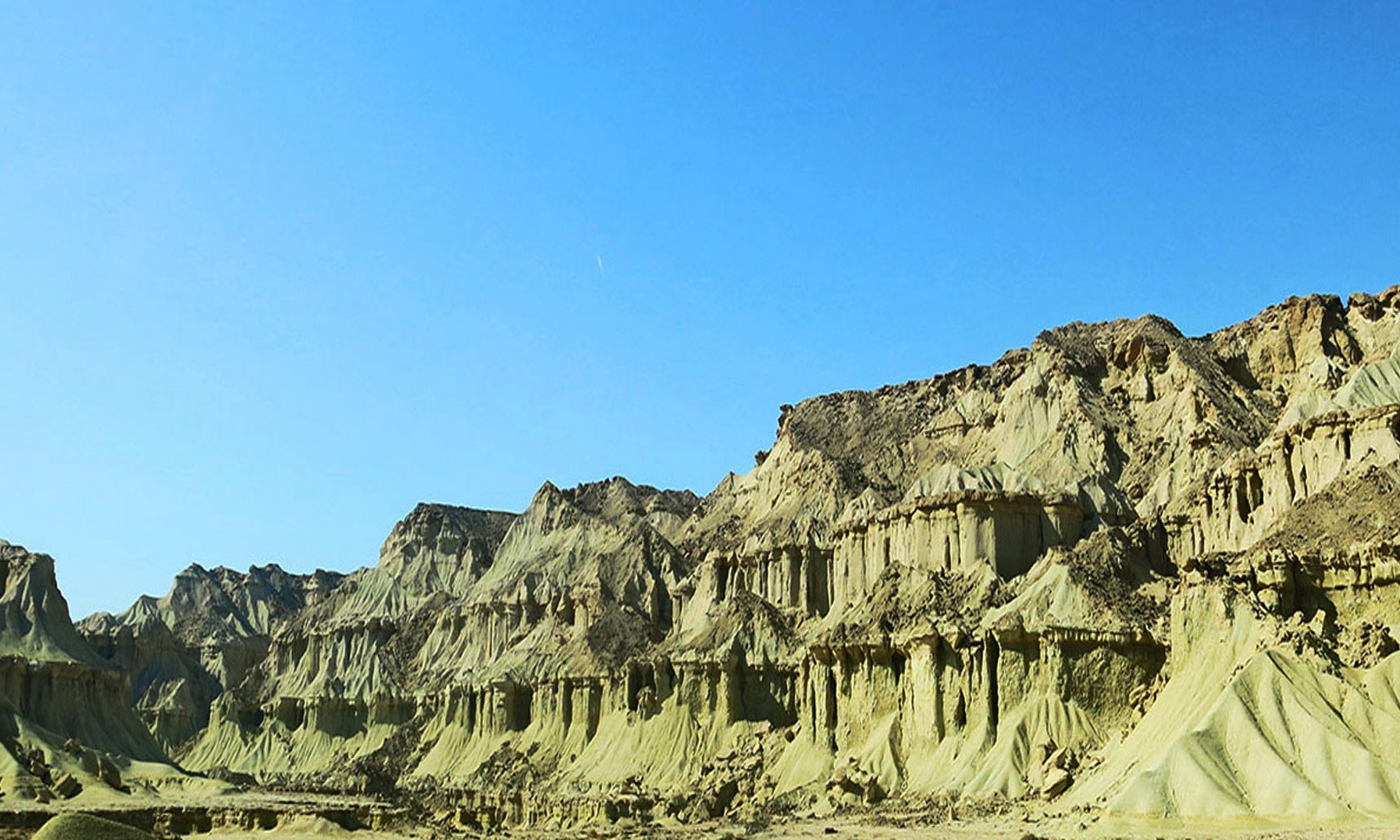