You can find the impressive Vakil Mosque in Shiraz, southern Iran. It situated in the west of the Vakil Bazaar next to its entrance. The mosque constructed between 1751 and 1773, during the Zand dynasty. However, it was restored in the 19th century during the Qajar era. 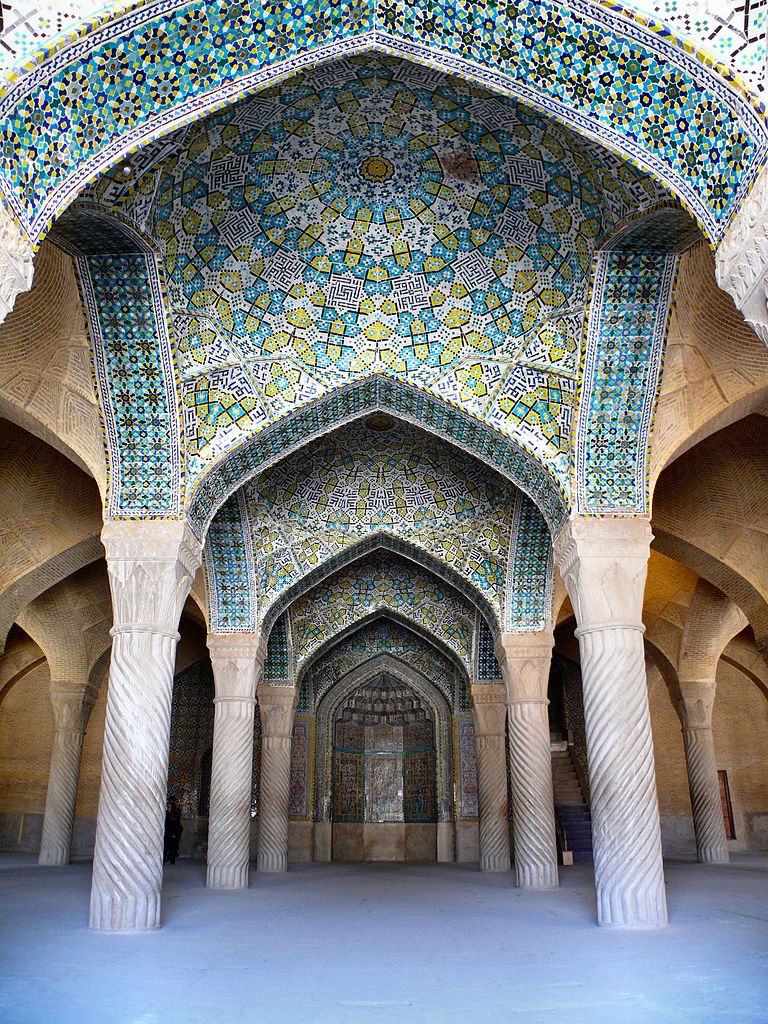 The entire structure built with spacious praying sections in mind. There’s a vast courtyard with a relatively large pool in the middle.

Wider than Nasir ul-Mulk, Vakil mosque counts some 48 imposing pillars and a menbar (pulpit) with fourteen marble stairs that completed the scene of luxury and royal majesty.

The big yard of the mosque includes two big buildings for praying.The ceiling and the walls all have spectacular design and beautiful colors.

All ceiling decoration are with colorful bricks except the one line coming from the southern “Ivan” directly toward the “Mihrab” of the mosque.

The mosque has gone under extensive repairs recently with the main yard being completely restored to it’s full glory of Zand dynasty days. 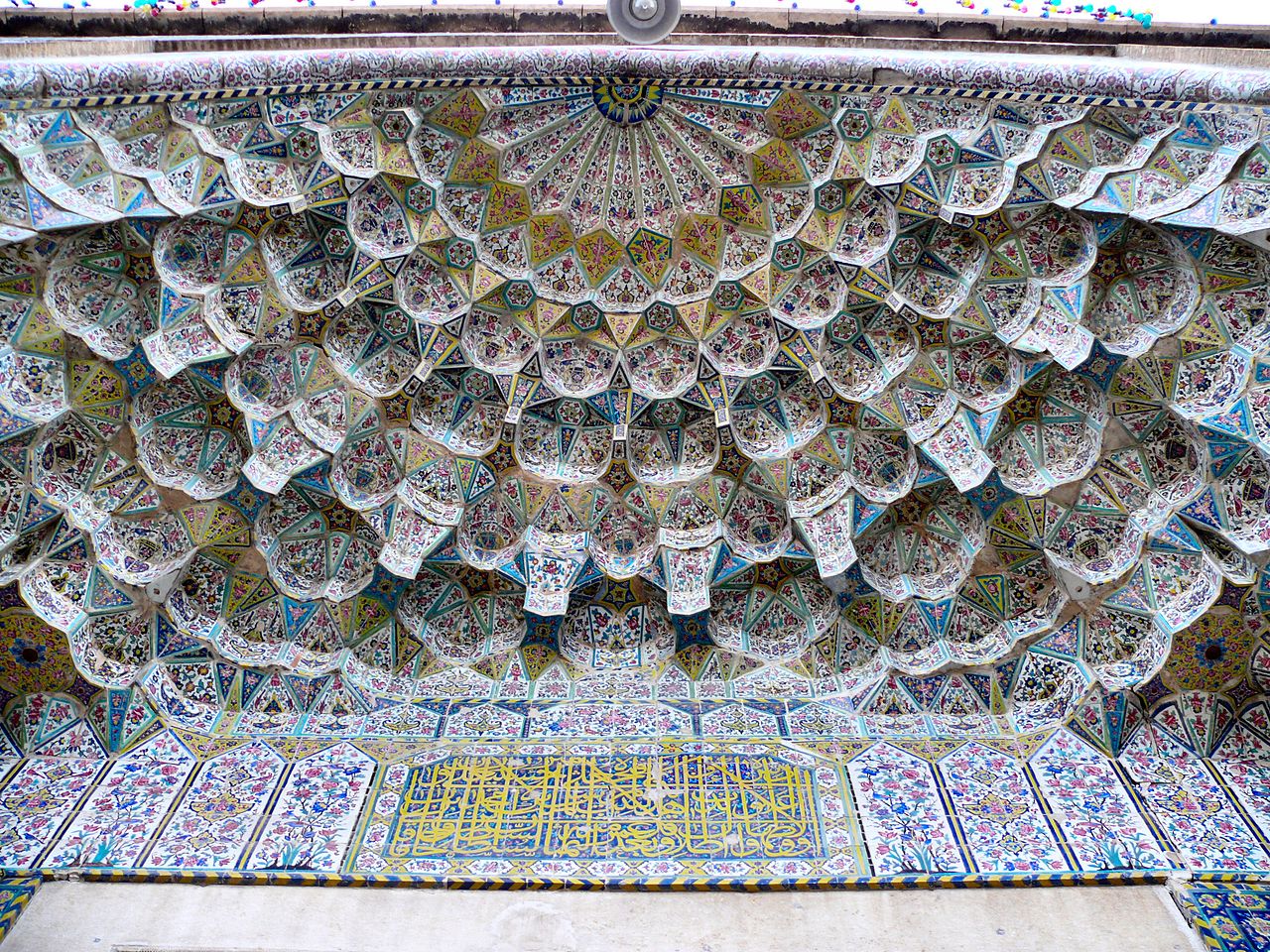 The architectural detail of Vakil Mosque is admirable but the most amazing part of the mosque is its three arches.

The arch above the entrance, the pearl arch, and the large seraglio arch. The simplicity of the Iranian art and Persian paintings and writings on the walls will amaze you. Also, the eye-catching tiling, and the delicate use of colors are the fantastic feature of this mosque.