Ancient roads connected peoples and civilizations over the centuries  and also lead to the spread of ideas and exchange of products.

The Silk Roads as the fabulous crossroads of civilizations passed through all the important cultures for two millennia. This road played an important role in propagating the religion of Buddhists, Christians and Muslims.

Greek, Persian, Arab, Indian, Turkish and Chinese people developed through this road. The great human discoveries crossed this road  before it spread around the world. 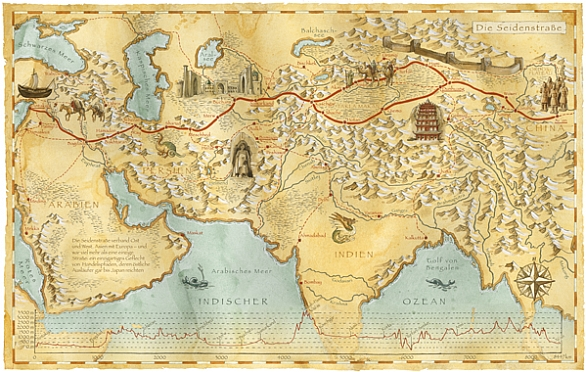 The Silk Road was a network of trade routes that linked east to West. This road owes its name to the most precious possession that the caravans carried; the silk.

After the 15th century, paved roads replaced sea routes. However, the 7000 kilometers length of the Silk Road, starting From Istanbul and ending in Xi’an, makes it difficult to cover all the parts here. So, we will limit ourselves to important cities in Persian territories:

One of the main branches of the Silk Road passing through Iranian territories starts in Tabriz. It is the biggest city in North Western Iran. Marco polo has passed through Tabriz for many times between 1271 and 1295 A.D. 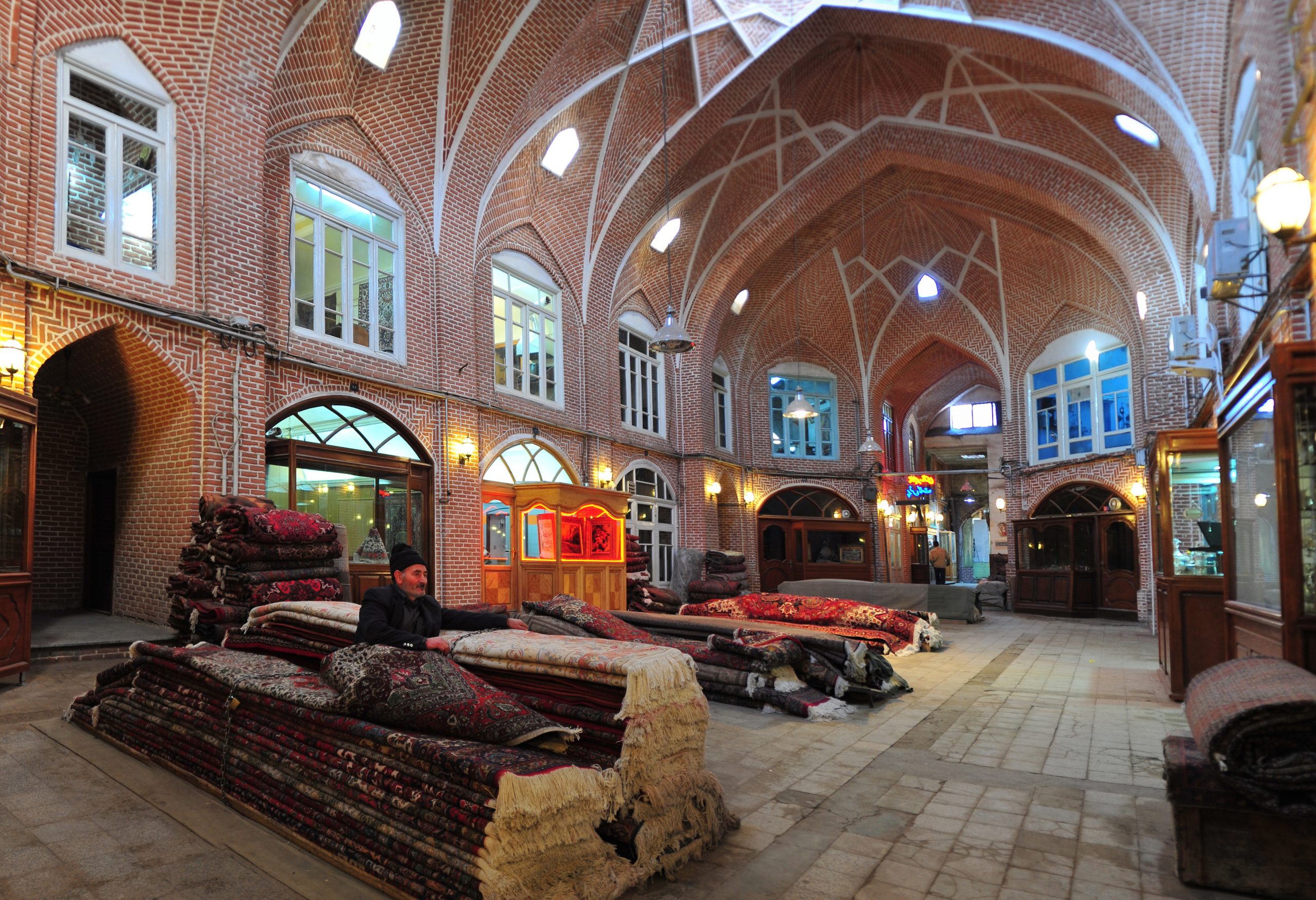 Tabriz has been a place of cultural exchange since antiquity. Its historic bazaar is one of the most important commercial centers on the Silk Road.

Tabriz Historic Bazaar Complex includes a series of interconnected, covered, brick structures, buildings, and enclosed spaces for different functions. Its was already prosperous and famous in the 13th century, when Tabriz became the capital city of the Safavid Dynasty.

This city lost its status as capital in the 16th century; however with the expansion of Ottoman power, it remained important as a commercial hub until the end of the 18th century. It is one of the most complete examples of the traditional commercial and cultural system of Iran. 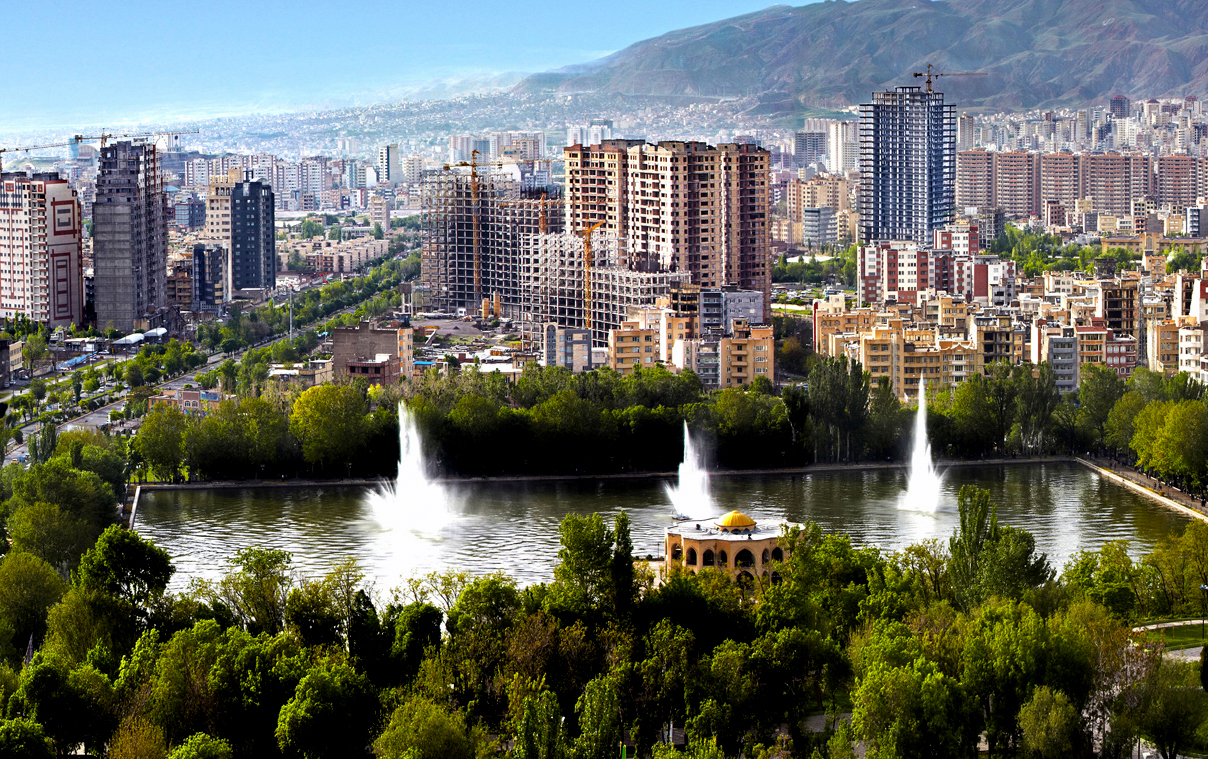 Due to the magnificent Islamic architecture and historical gems of Tabriz, it’s worth a visit. The Own-ibn-e-ali mosque built on the Eynali Mountain and it offers a breathtaking view of the entire city.

Hamadan is located 337 km from Tehran. The structure of the city is related to Diya Aku, one of the Medes monarch about 700 BC. According to a reputed Greek historian, this monarch called the territory ‘Ecbatana’ and ‘Hegmataneh’. Then Darius the Great transformed this land into the Summer capital of Achaemenid. 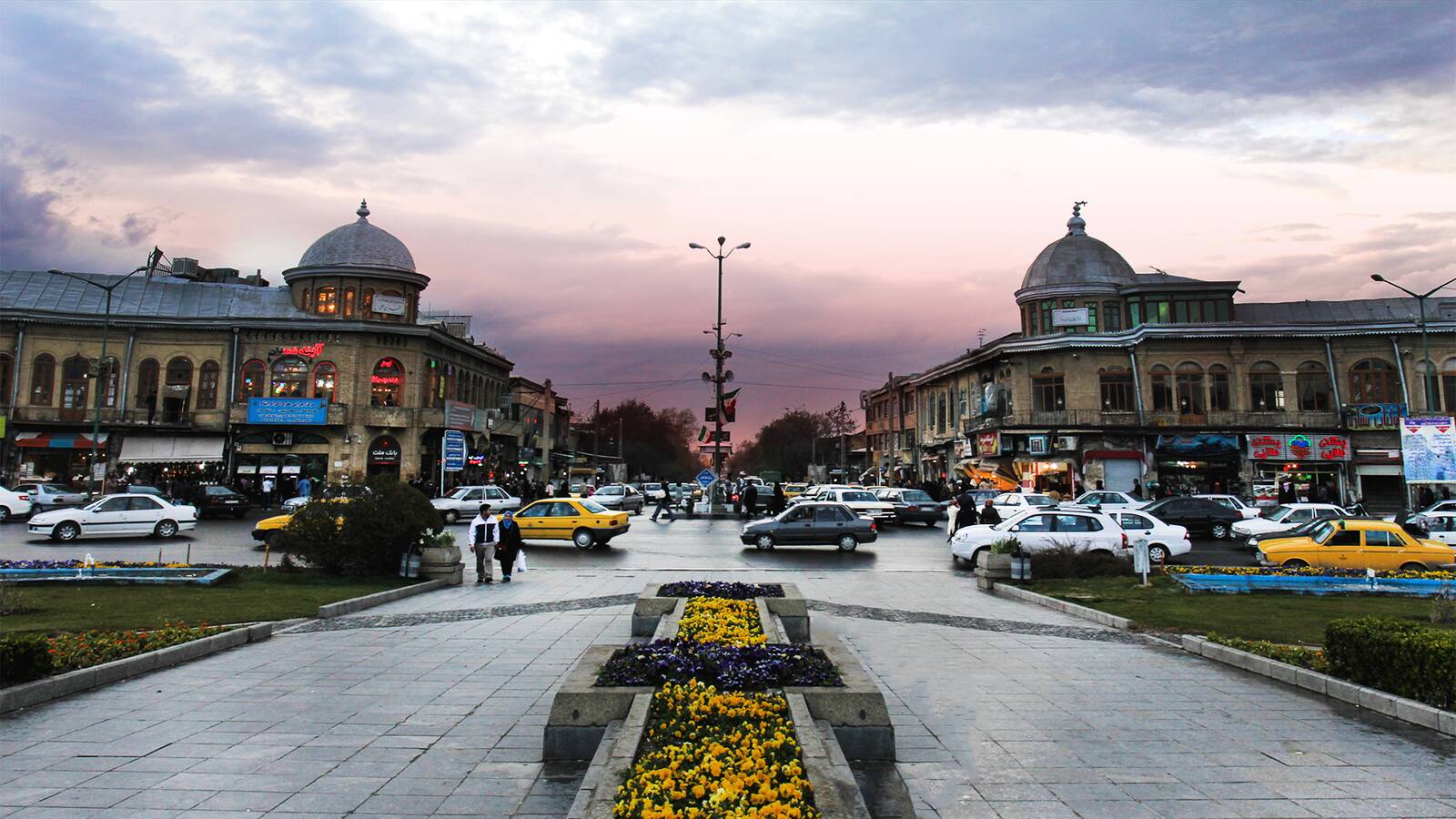 Moreover, during the Parthian Empire, Ctesiphon was the capital of Iran. While Hamadan was the summer capital and residence of the Parthian rulers.

Then, the Sassanian Empire constructed their summer palaces in Hamadan. Hamadan has experienced various days in 23 AH. ,when the war of Nahavand took place and Hamadan came into the hands of the Arabs. However, in the times of the Daylamites (319 AH.), Hamadan suffered plenty of damage. 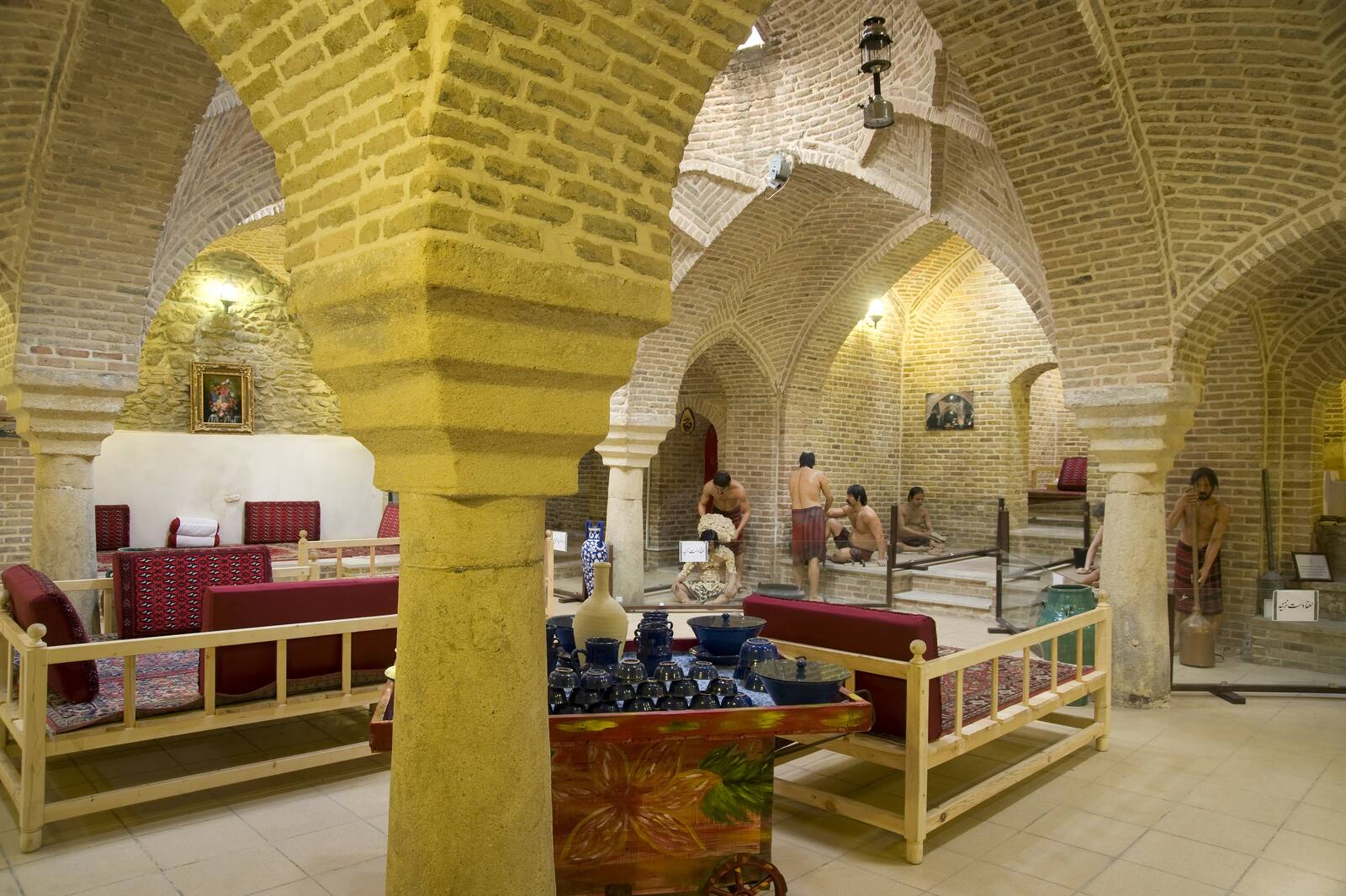 In the 6th century AH., the Seleucid shifted their capital from Baghdad to Hamadan. The rise and fall of powers had always assaulted Hamadan. It was completely destroyed during the Timurid invasion and flourished during the Safavid era.

In the year 138 AH. Hamadan surrendered to the Ottomans, but due to the courage and chivalry of Nader Shah Afshar, it was cleared off the invaders. Also, according to the peace treaty between Iran and the Ottomans, they returned to Iran.

Since Hamadan located on the main road of  ‘Silk Road’, it enjoyed good prospects in commerce and trade.

People know the fantastic city of Isfahan as half of the world. It was the capital of Iran under the Seljuks and under the Safavids. After this period, Isfahan has maintained a magnificent urban development that made  what was before it forgotten.

It was in 1598 that the Safavid sovereign transplanted his capital from Qazvin to Isfahan. Then he immediately undertook major constructions. In the center of the city, he converted the Meidan-e Shah (Royal Square) into a polo field. Meaning a vast rectangular surface of 512 m by 159 m, lined with uniform houses with arcades, where shops opened. 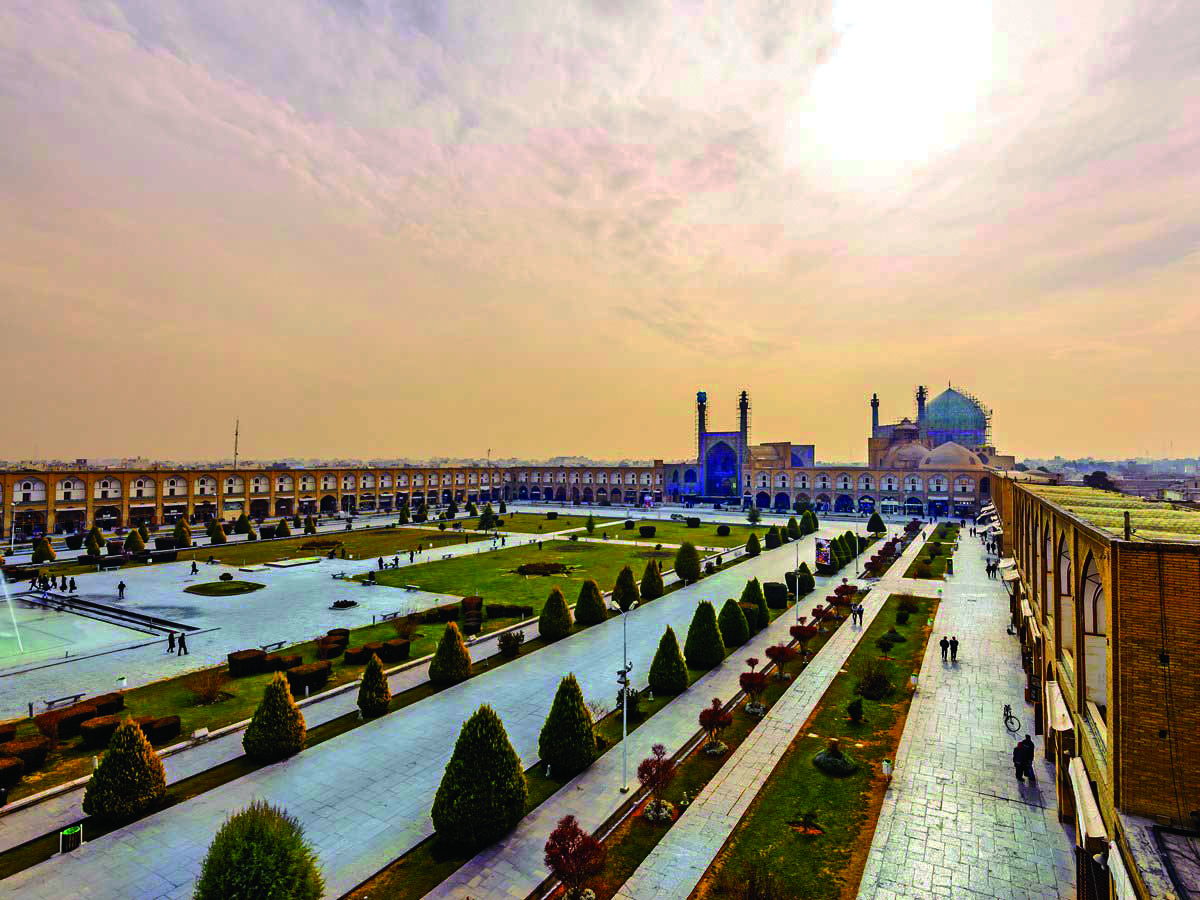 In the middle of the four sides, he erected four monumental sets, four gates of different styles, leading respectively to the Royal Mosque, the Sheikh Lotfollah Mosque, the bazaar and Ali Qapu Palace.

Rey was one of the great cities of Iran. The remains of the ancient city lies on the eastern outskirts of the modern city of Shahr-e Rey. It is located just a few miles southeast of Tehran. 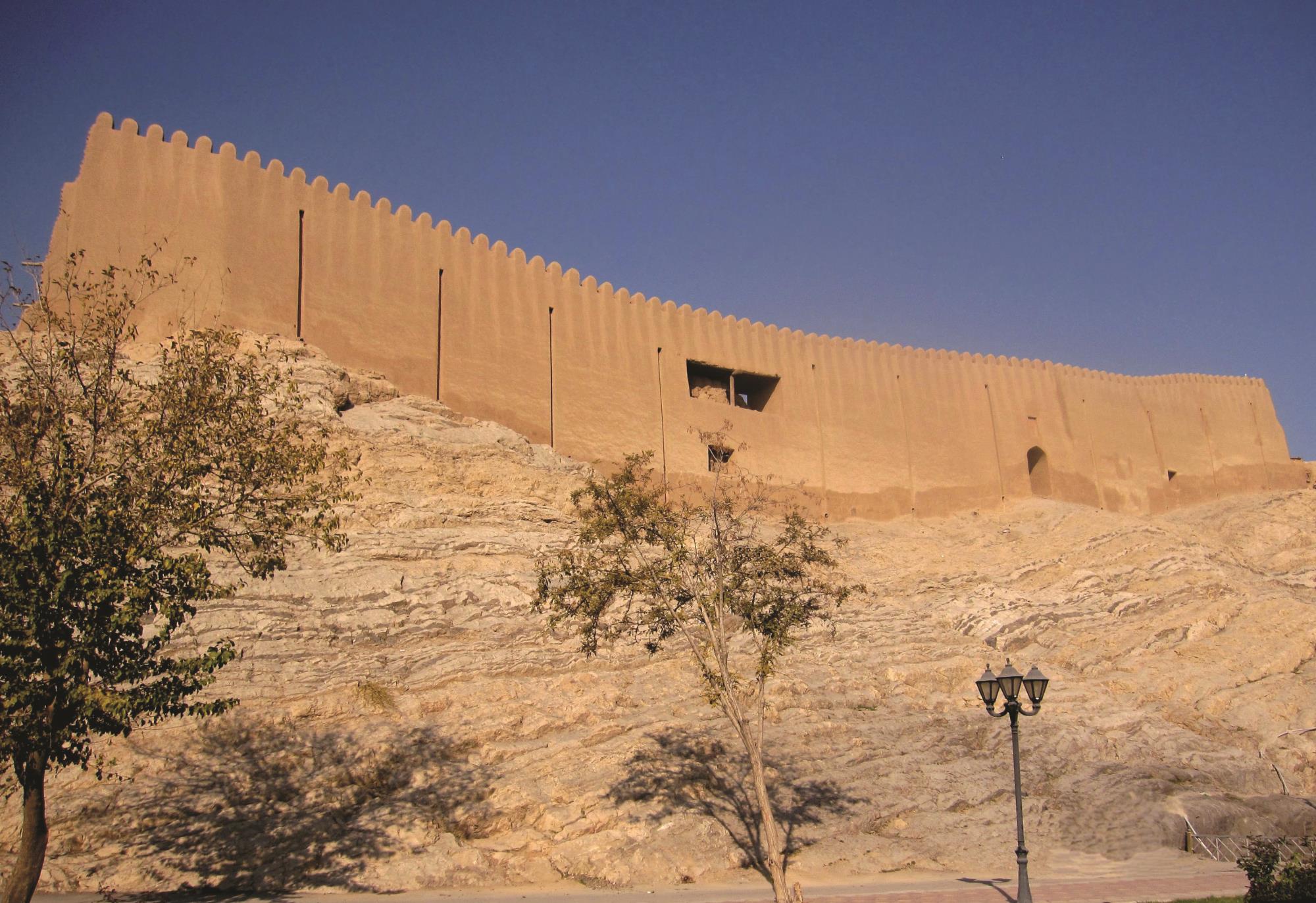 The settlement in this area dates back to from the 3rd millennium BC. Rey is featured in the Avesta as a sacred place. Avesta is the original document of Zoroastrianism. This city was one of the capital cities of the Parthian empire (3rd century BCE–3rd century CE). It was captured by the Muslim Arabs in 641 CE.

During the reign of the Muslim caliph al-Mahdi in the 8th century, the city grew in importance until it was rivaled in western Asia only by Damascus and Baghdad. Islamic writers described it as a city of extraordinary beauty, built largely of fired brick and brilliantly ornamented with blue faience (glazed earthenware).
It continued to be an important city and was briefly a capital under the rule of the Seljuks, but in the 12th century it was weakened by the fierce quarrels of rival religious sects. In 1220 the city was almost entirely destroyed by the Mongols, and its inhabitants were massacred. Most of the survivors of the massacre moved to nearby Tehran, and the deserted remnants of Rey soon fell into complete ruin. 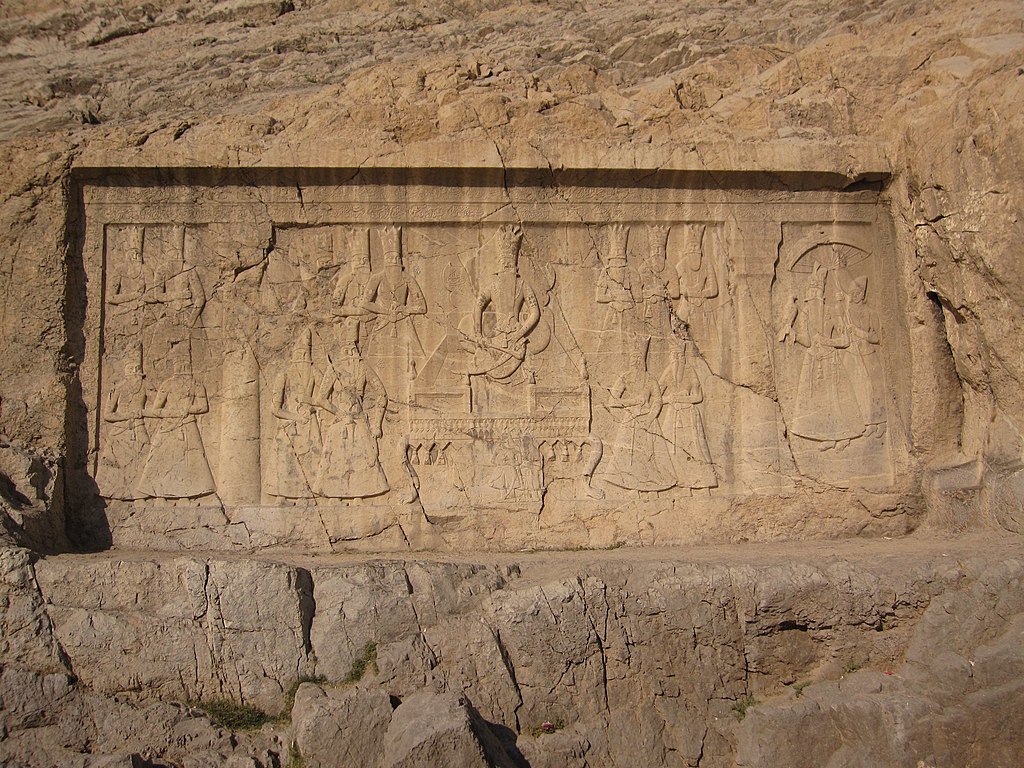 Rey was famous for its decorated silks, of unsurpassed artistic perfection, and for ceramics. Only two architectural monuments survive: the tower of Toghrïl (1139) and a partially ruined tower. The language of the ancient Rey people was something between east Dari and west Pahlavi, and the language of people in the south of Iran. Today, there are no traces of this dialect here.

Gorgan, formerly known as Aster Abad, capital of Golestan province, north-central Iran. It is situated along a small tributary of the Qareh River, 23 miles from the Caspian Sea. The city, in existence since Achaemenid period, long suffered from inroads of the Turkmen tribes who occupied the plain north of the Qareh River and was subjected to incessant Qajar-Turkmen tribal conflicts in the 19th century. It was renamed Gorgan in the 1930s after being devastated by an earthquake. Articles of trade include cereals, soap, and carpets. 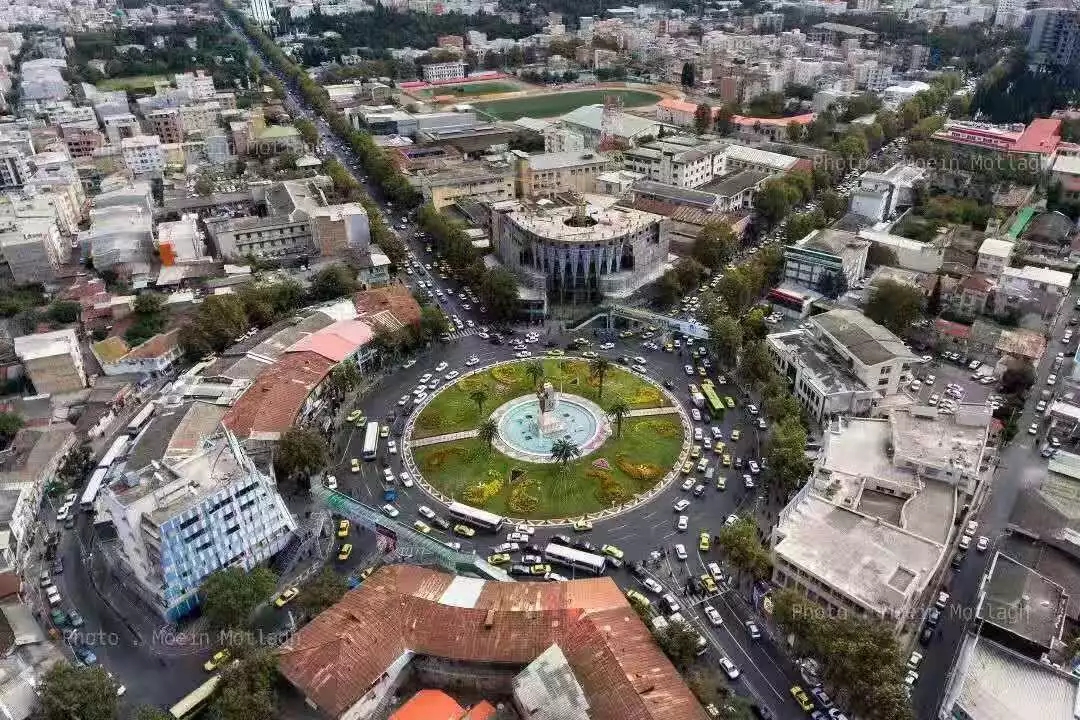 Neyshabur is situated 46 mile west of Mashhad. The town, which has shifted its position repeatedly in historical times, lies in a wide, well-watered, and fertile plain at the southern foot of the Binalud Mountains. The surrounding area produces cereals and cotton, and the town’s industries include agricultural marketing and the manufacture of carpets and pottery. Neyshabur is linked by road and railway with Tehran and Mashhad. 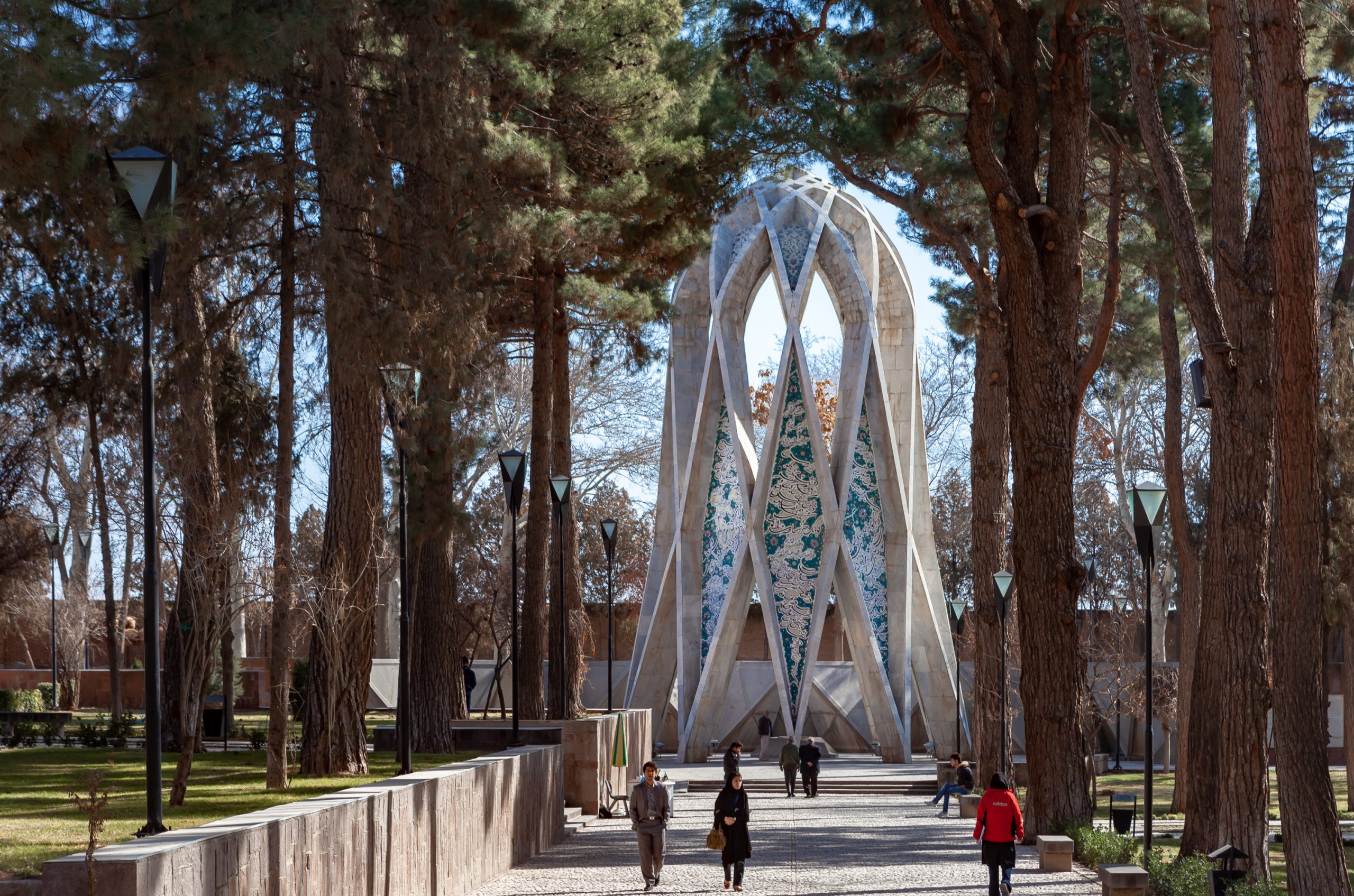 Neyshabur derived its name from its alleged founder, the Sassanid king Shapur I (d. 272). It was once one of the four great cities of the region of Khorasan and was important in the 5th century as the residence of the Sassanid king Yazdgerd II (reigned 438–457). Under the Ṭahirid dynasty (821–873), the city flourished again, and it rose to importance under the Samanid dynasty (ended 999). Toghrïl Beg, the first Seljuk ruler, made Neyshabur his residence in 1037, but it declined in the 12th century and in the 13th twice suffered earthquakes as well as the Mongol invasion.